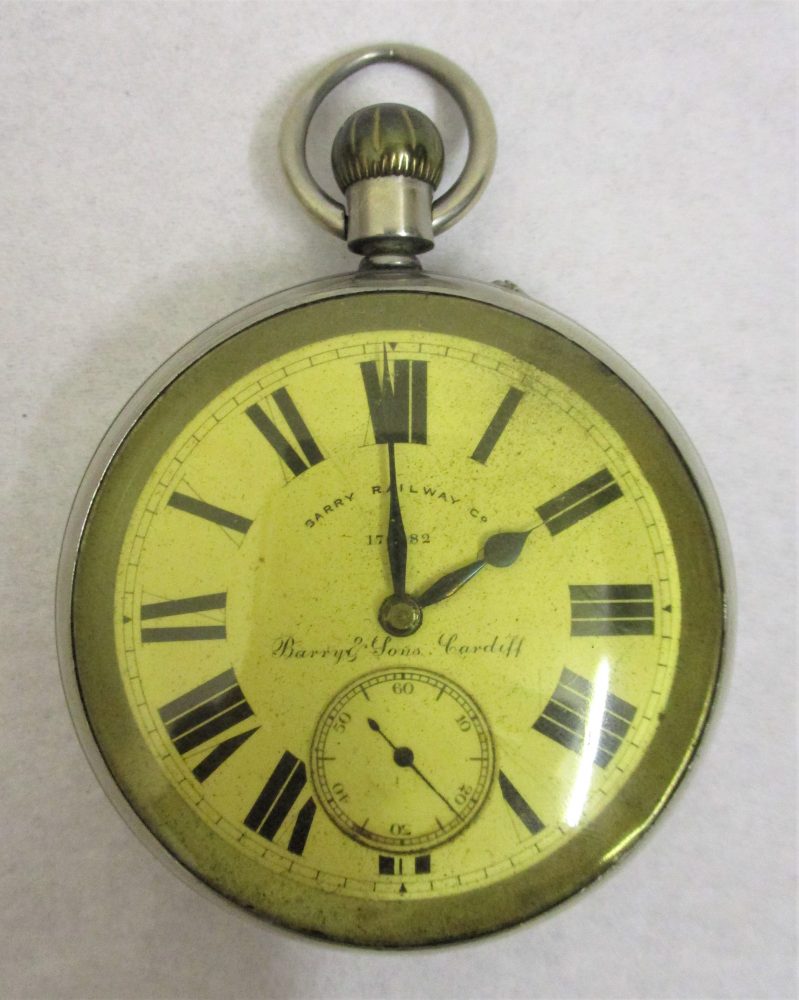 May’s Object of the Month takes a look at one of STEAM’s most recent acquisitions. This pocket watch was used on the Barry Railway in Wales and would have been worn by a station master in the late 19th century. It was made by Barry & Sons, watchmakers of Cardiff who were producing clocks and watches for the Barry Railway Co. for a relatively short period between 1890 and 1900, making this pocket watch unusual.

The yellowing of the glass face was most likely caused by being left for a long period in direct sunlight.

The Barry Railway was an important company with lines serving Barry Docks and connecting to the GWR main line at St Fagans Junction west of Cardiff. The Barry Railway was acquired by the GWR along with many other Welsh lines as part of the 1921 Railways Act, drastically expanding the GWRs influence in Wales. 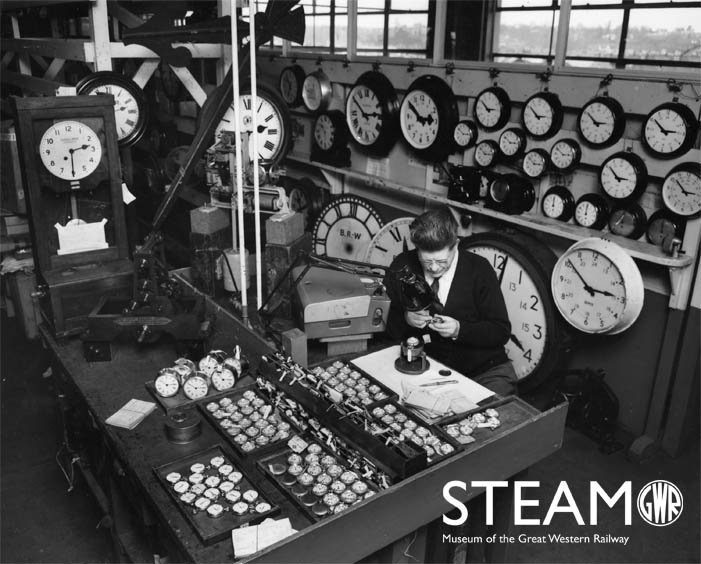 As timekeeping was so crucial to the smooth running of the railway and its timetables the GWR had its own clocks and watches department at the Reading Signal Works. Clocks were made and repaired here with precision and skill, as seen in the above photograph from the 1960s, which is available to purchase as a digital download, bespoke gift or print at: www.steampicturegifts.co.uk