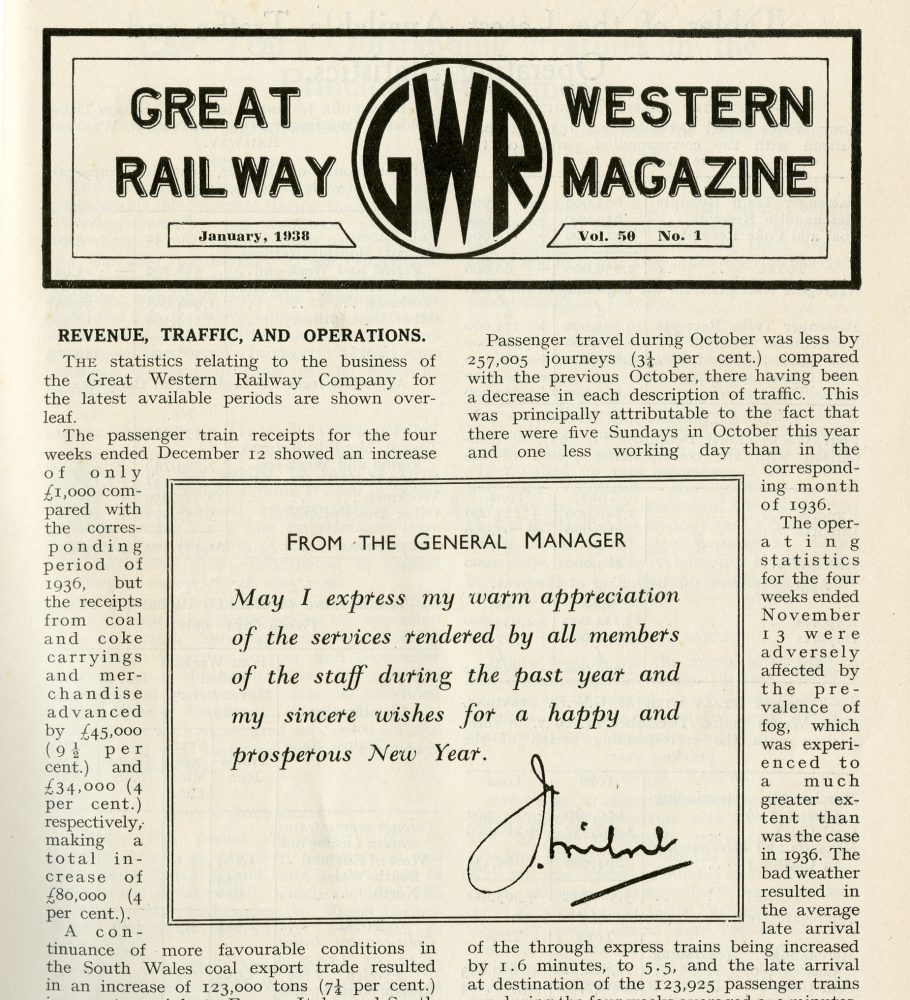 March’s Object of the Month takes a look at a cornerstone of GWR history, the GWR Magazine. The magazine was introduced in November 1888 with the first editions being given the title the Great Western Railway Magazine and Temperance Union Record.  The early editions were a serious and wordy affair, but over the years the magazine evolved to include photographs, cartoons and a wide range of articles and news. 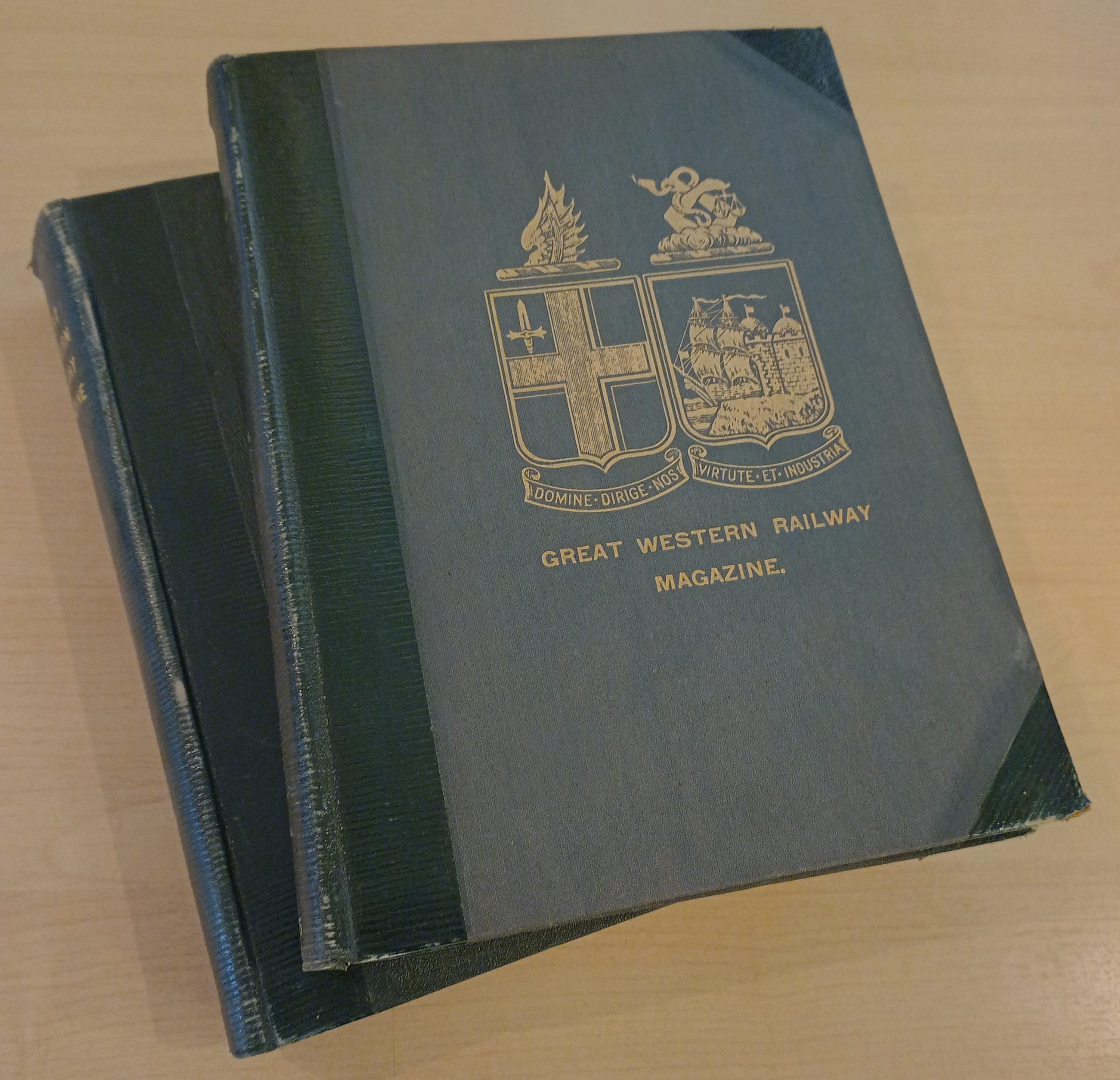 The magazine gave an insight into the workings of the railway and was a vital source of information for GWR employees.  It was available for both staff and the general public to buy. The mix of articles included both the fun and the serious. Staff news told of promotions, retirements, marriages and deaths.  Features on new locomotives, technical advances and improvements to infrastructure made a regular appearance.

Light hearted articles about station gardens, strangely shaped vegetables and poems were included, as were letters of praise and complaint.  There were also regular pages on the many events held across the company including sports matches, arts and crafts shows, debates and lectures.  There was even a series of articles about artefacts in the original GWR museum, which featured a number of objects that are now in the collection at STEAM. 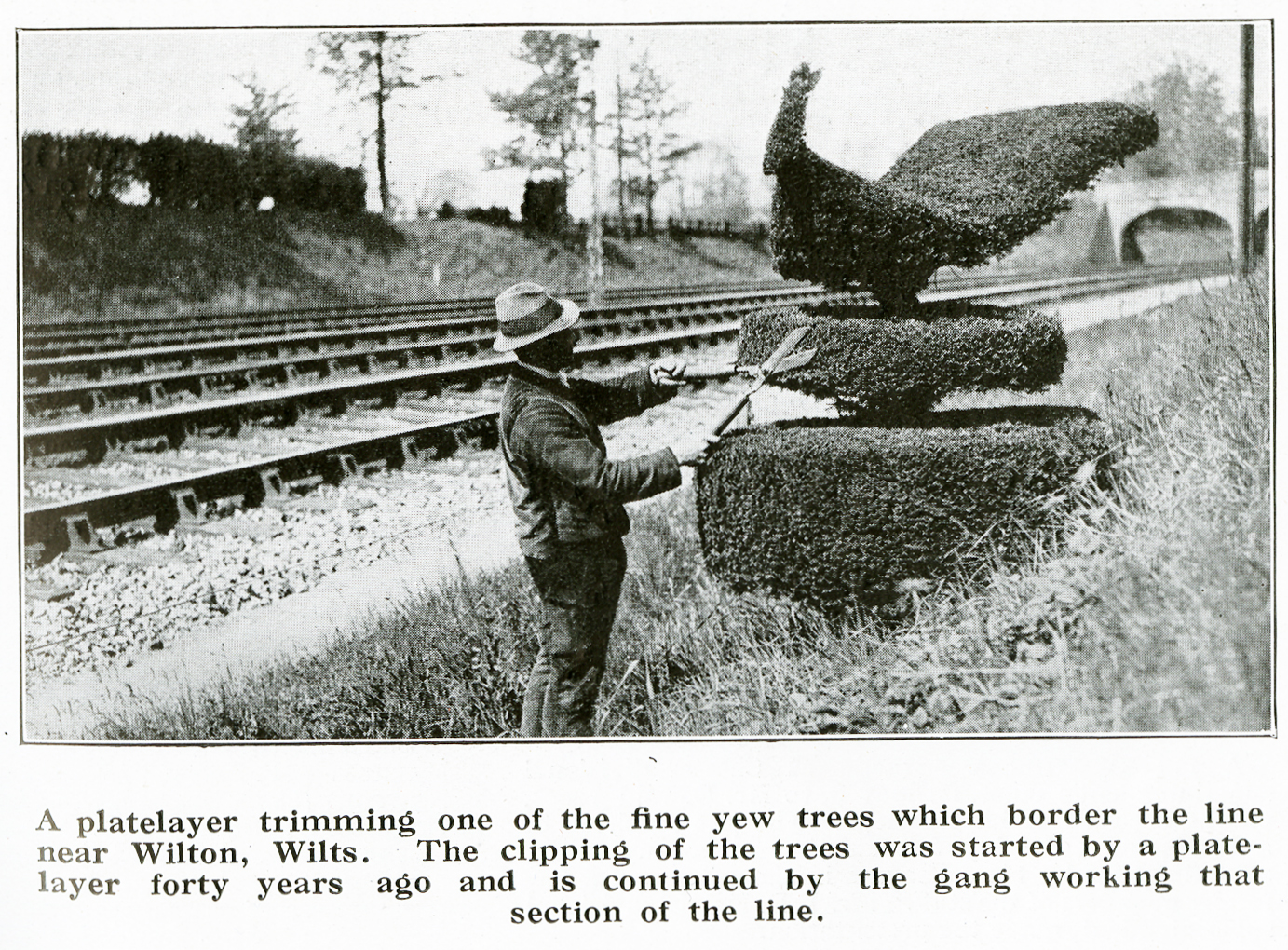 Today, the GWR Magazine is a really importance piece of historical information.  It gives a first-hand account of the workings and history of the GWR.  It is one of the main sources of primary material for researchers and museum staff.  At STEAM we hold a full set of the magazine and use it for historic enquiries, exhibition research and social media posts, amongst many other things.  Our knowledge of the GWR is vastly improved by the existence of the GWR Magazine.