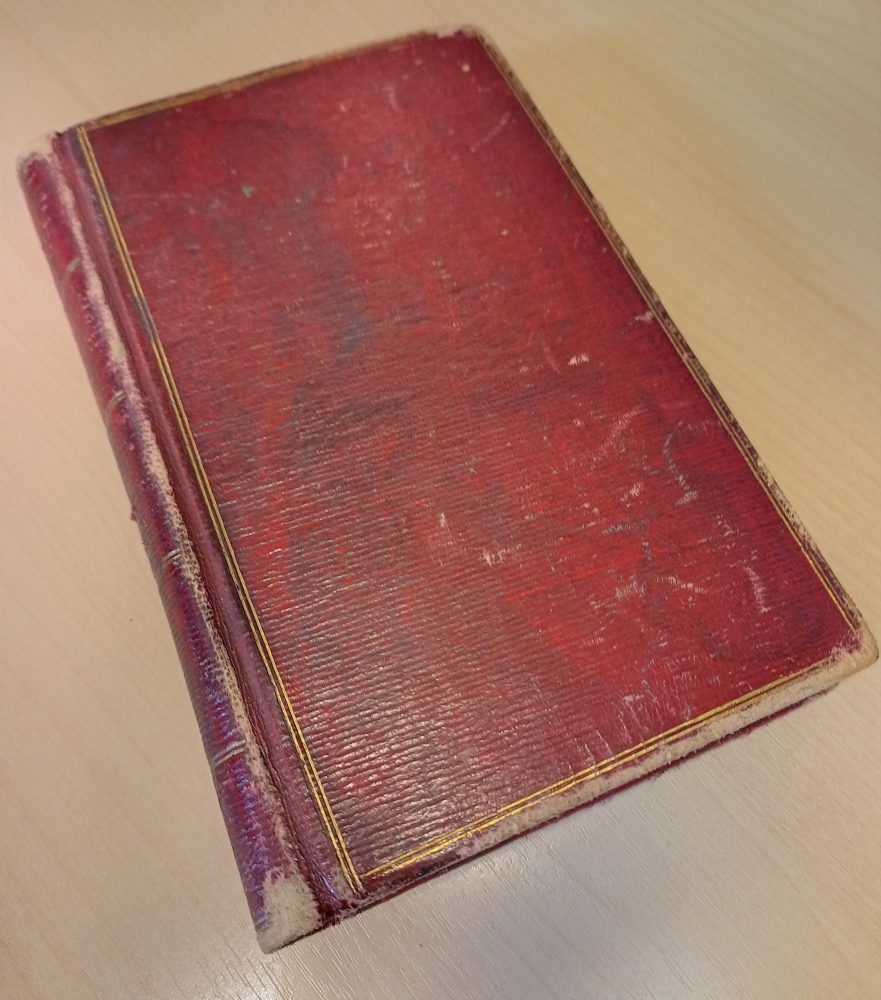 This month we take a look at another fabulous recent donation to our collection, a notebook belonging to R, L White, GWR Chief Clerk of Accounts during the mid-1800s.

Richard Lewis White began his career with the GWR in 1849, at the age of 16, working as a clerk at Shrewsbury. He then transferred to Swindon Works where he worked his way up to the most senior position in the Accounts Department.

During his time at the GWR he filled this small book with copious notes and information about the GWR and Swindon Works. His notes, beautifully written in the smallest of handwriting, did not just relate to the company accounts but instead show that he had a keen interest in the operation of the whole company. 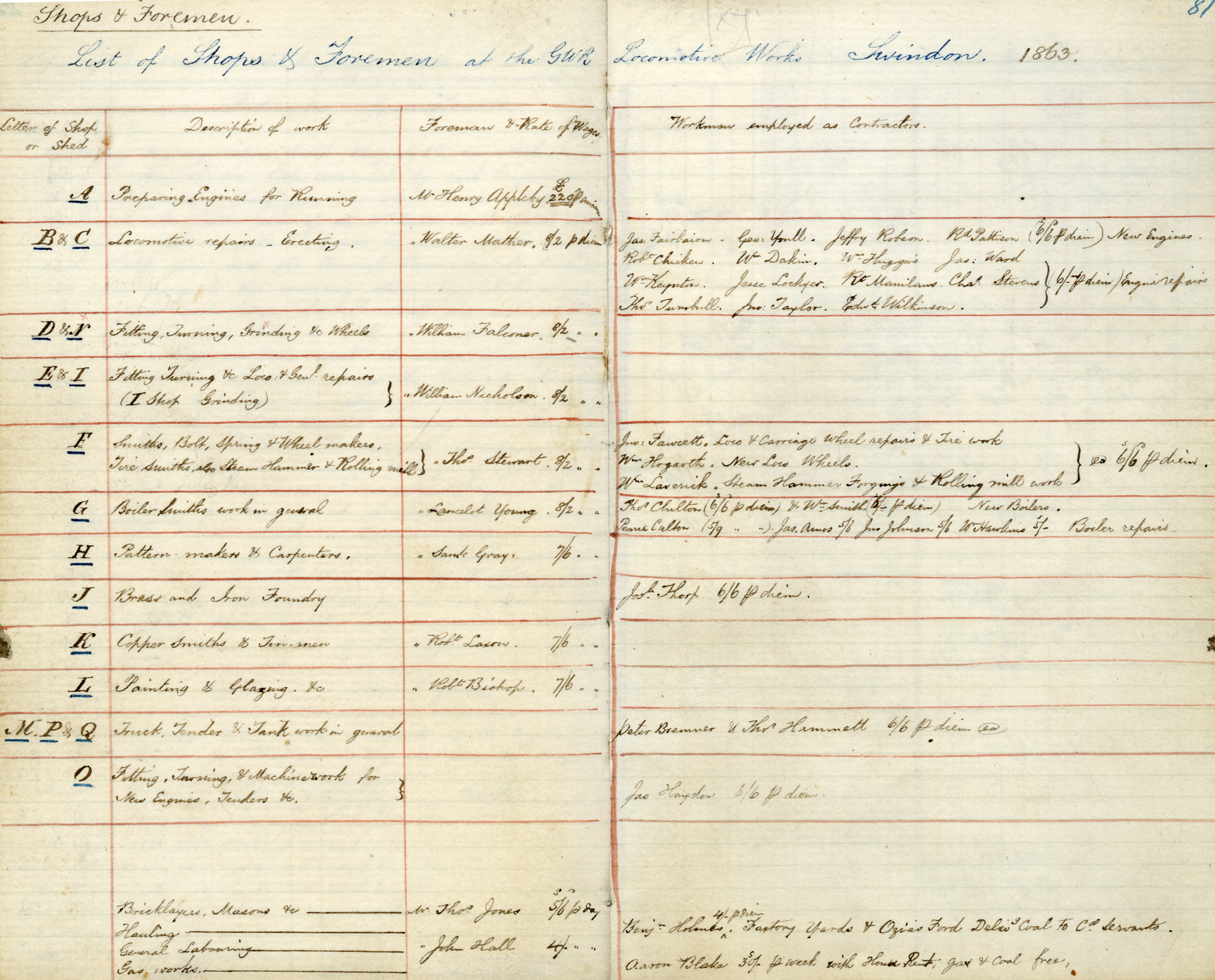 List of Shops and Foremen at Swindon Works in 1863

Gems of information include details of Broad Gauge locomotives and the mileage they totalled, lists of Narrow Gauge locomotives bought by the company, along with costs, makers details and miles run; and information about the various Shops and their Foremen at Swindon Works. There is even mention of who we believe may have been the first female employee at Swindon Works, Mrs Fury, the office cleaner.

Extract referring to Mrs Fury, the office cleaner during the 1860s

R, L White worked with notable characters such as Joseph Armstrong, William Dean and Daniel Gooch. There are references to these men in amongst the notes in his book including various letters that were written by Gooch and transcribed by White into his notebook. The book also includes information that shows us that during the mid-1800s the accounts of broad and narrow gauge engines built and maintained at Swindon Works were kept separate, even down to the proportion of Daniel Gooch’s salary that was allocated to work on each gauge. 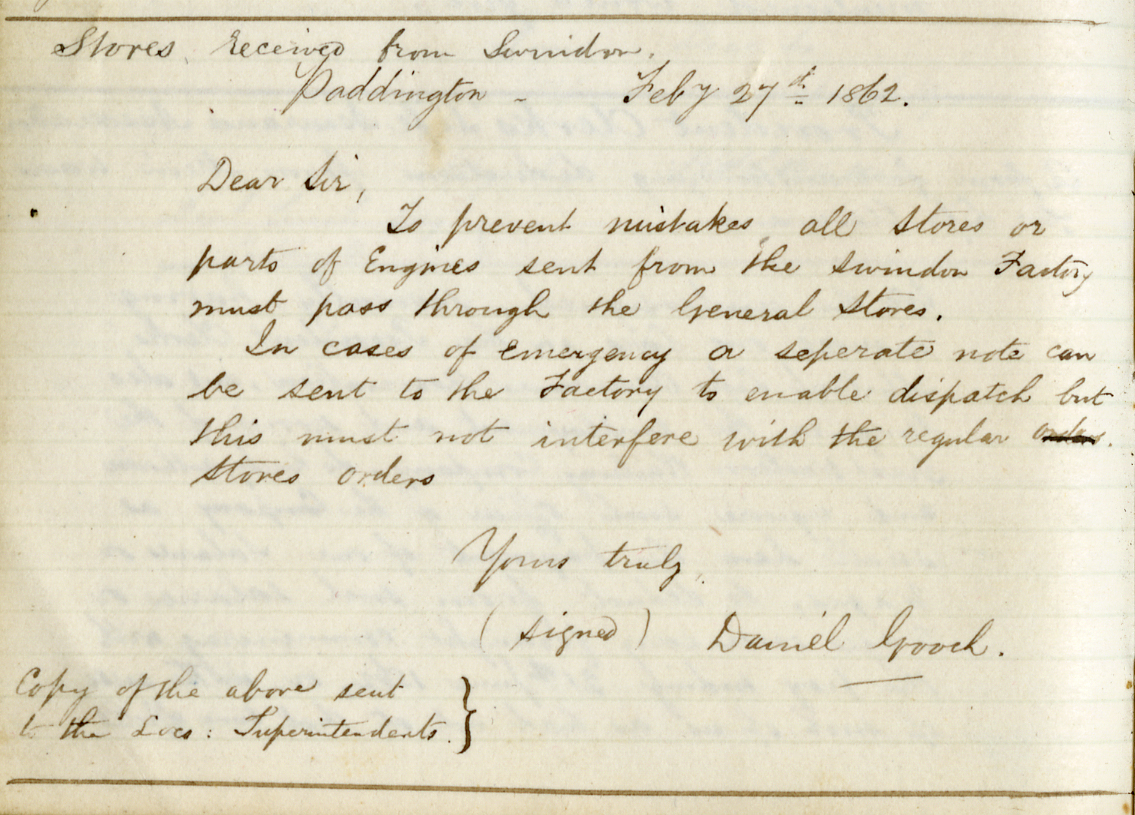 R, L White died in 1879 and at some point his notebook was put aside and forgotten about. It was found by William Moulding, a clerk at Swindon Works, during a clear out of the Chief Mechanical Engineers Office in about 1950. Luckily for us William Moulding decided to keep the book and it passed down through his family with the instruction that one day it go to a museum.

This notebook is a very special addition to our collection and it will go on display at STEAM this summer in our new special exhibition ‘Changing Trains’.