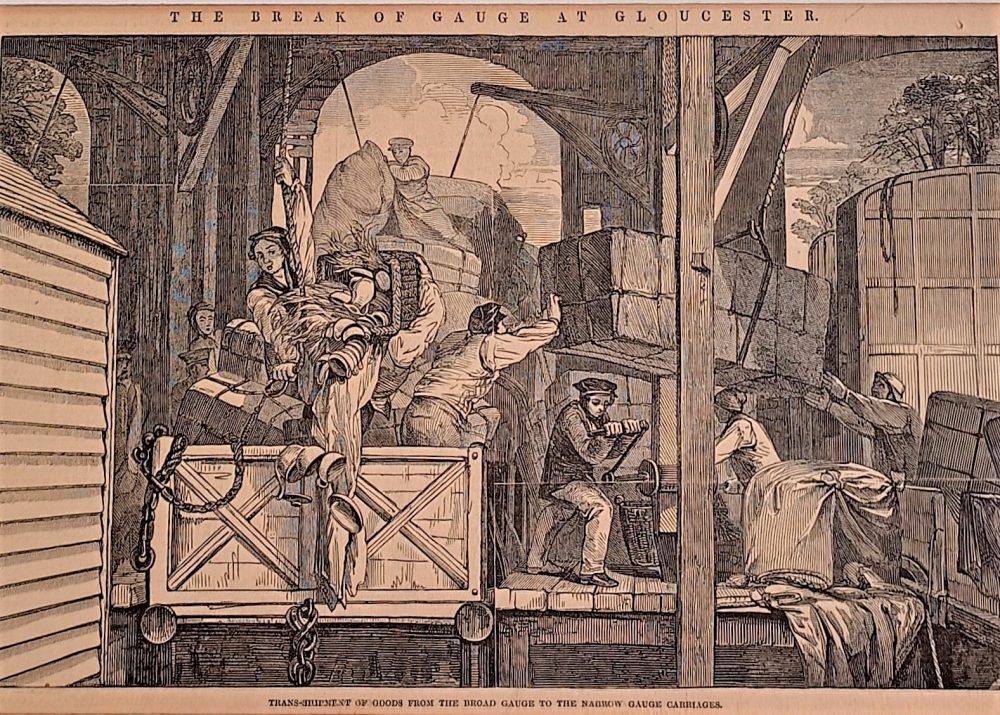 Break of Gauge at Gloucester Lithographs

This month we take a look at three lithographs that feature in our new special exhibition Changing Trains – The Journey from Broad Gauge to Narrow Gauge.

When Isambard Kingdom Brunel designed the Great Western Railway in 1835 he chose to use a broader gauge track than the other railway companies in Britain were using. As the railways continued to expand and began to join up, the difficulties caused by railways using different gauges became obvious when in 1844 the broad gauge Bristol and Gloucester Railway met the narrow gauge Birmingham and Gloucester Railway at Gloucester Station. Passengers who wanted to continue their journey through Gloucester had to change from a train of one gauge to another. This caused chaos at the station and the problem soon came to the attention of the national media and eventually parliament.

These three lithographs from the National Collection were published in the Illustrated London News in 1846 and depict the Break of Gauge at Gloucester Station. They show the problems caused by having to move passengers, goods and livestock from one train to another. Published images such as these fanned the flames of the gauge war between the GWR and other railway companies. 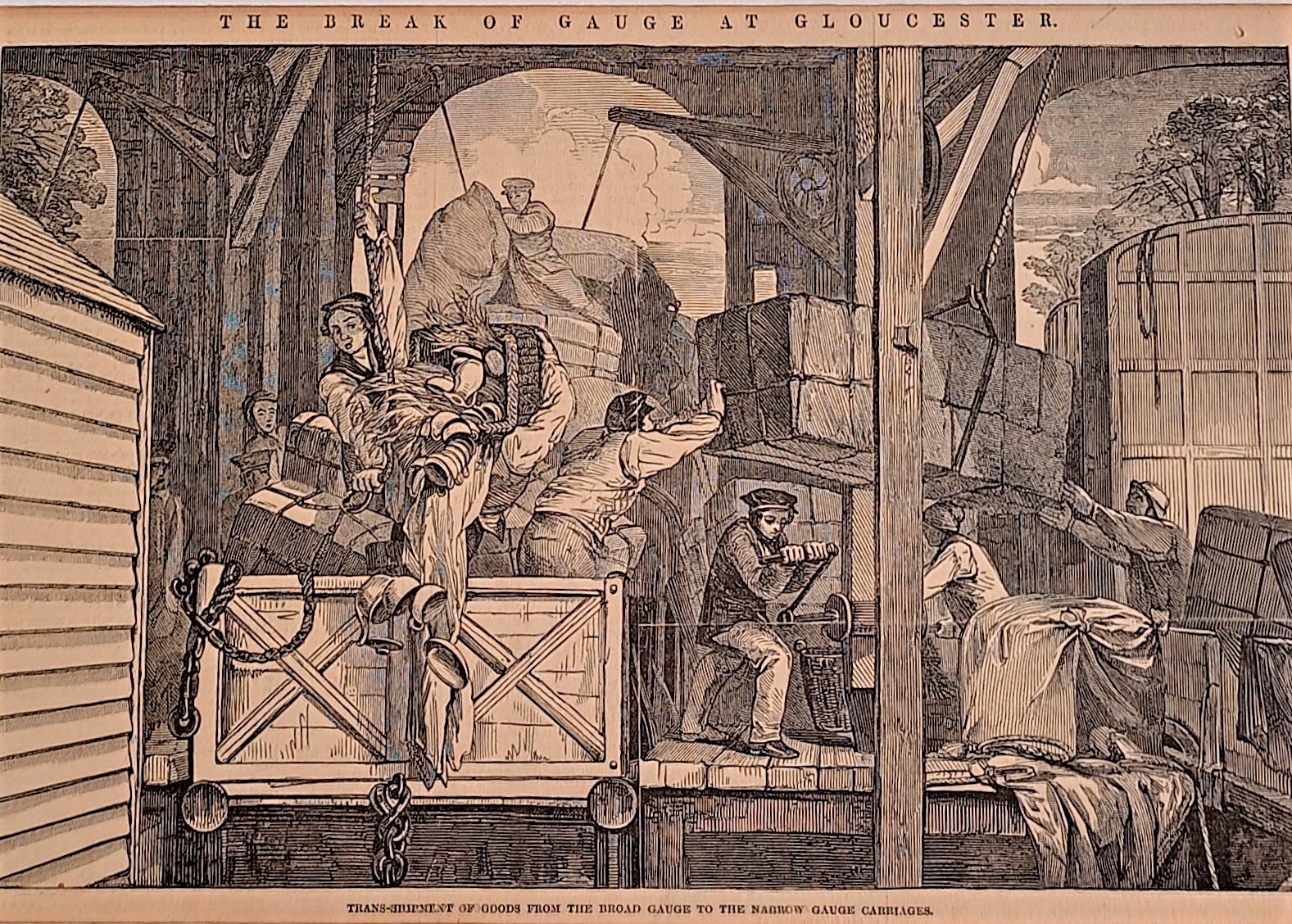 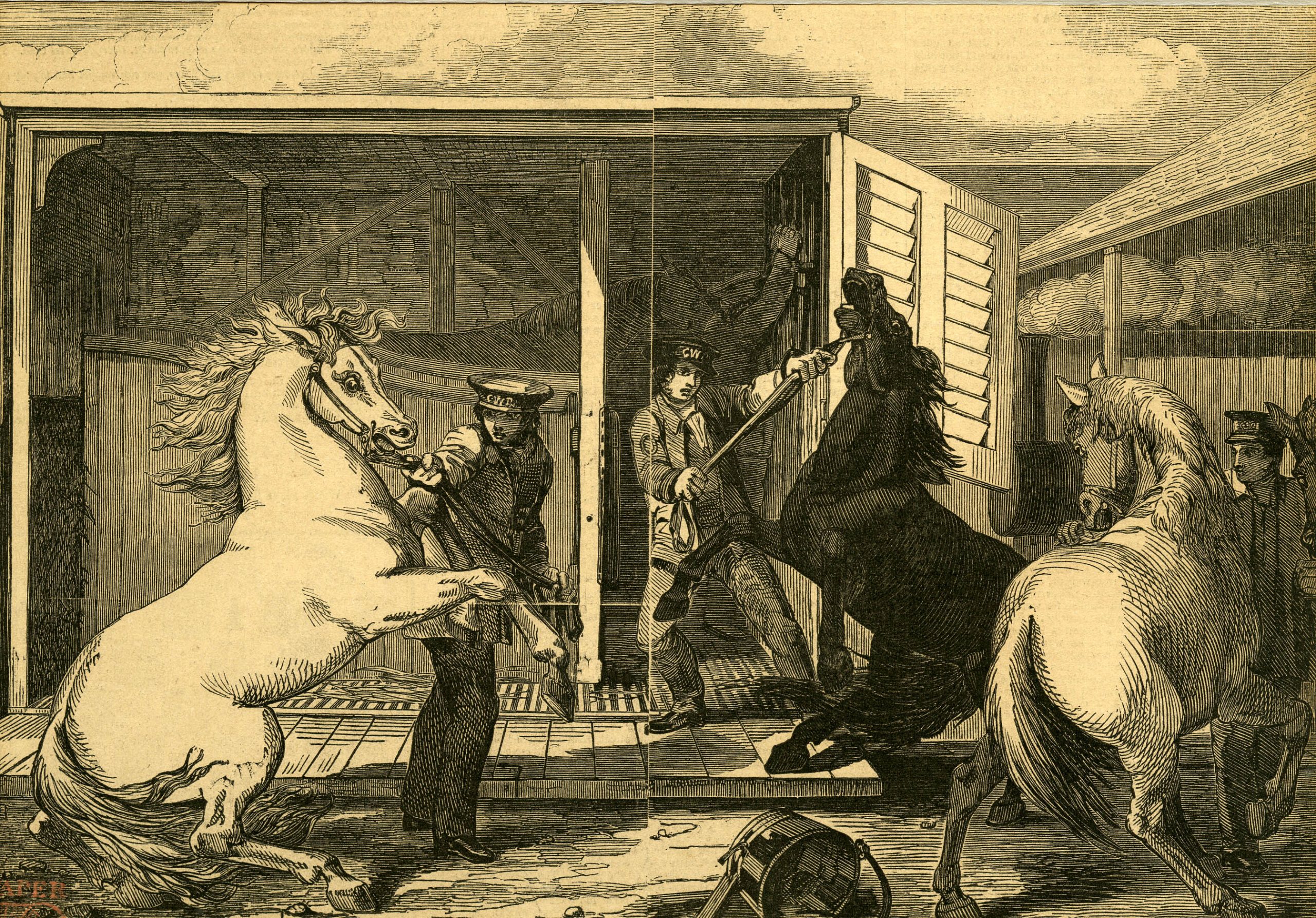 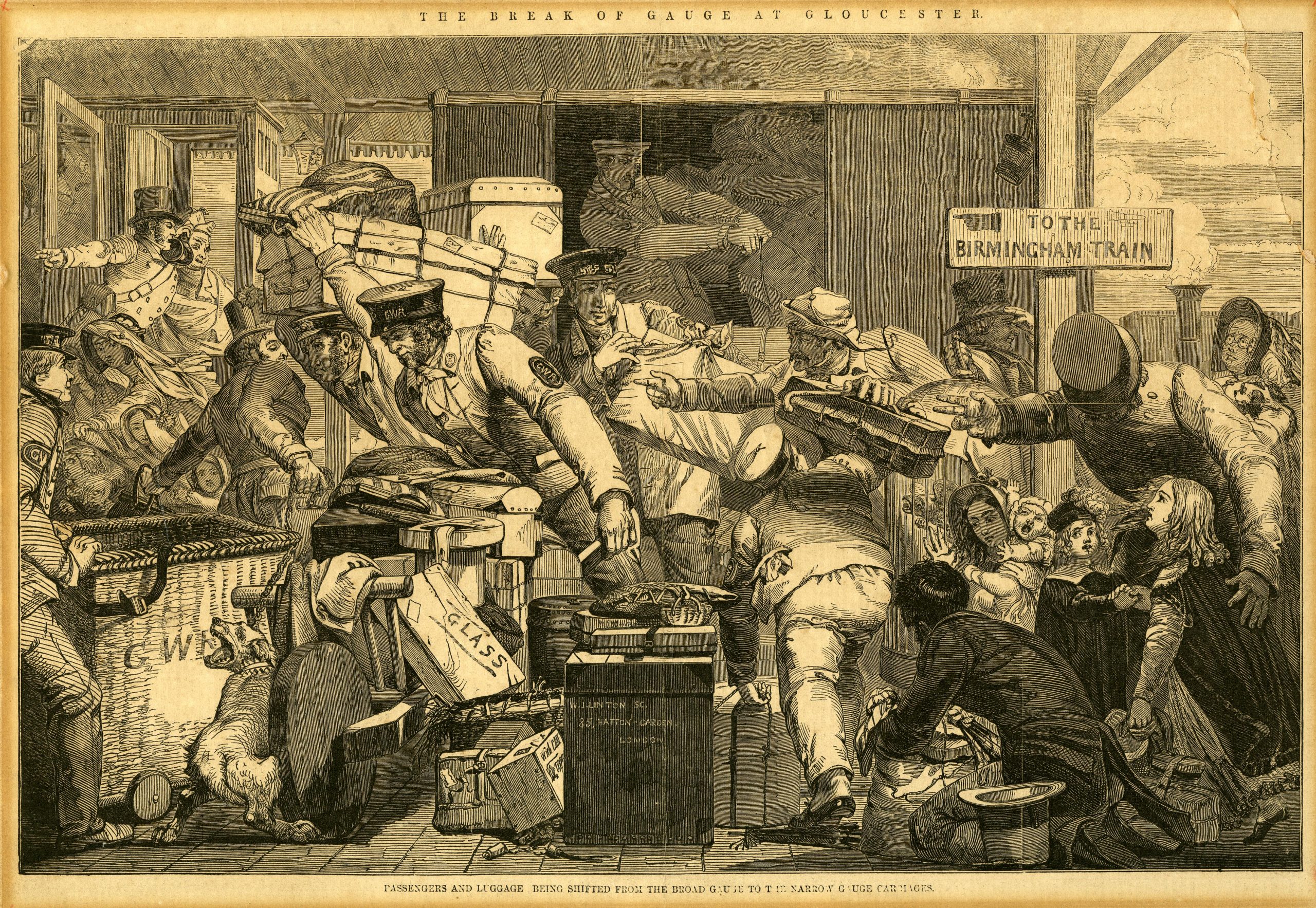 In 1846 a Gauge Commission decided in favour of the narrow gauge and ruled that the GWR’s broad gauge lines had to be narrowed. Conversion of the lines to narrow gauge, or standard gauge as it was to be known, began in 1866 but it took until 1892 to complete the work.

To find out more about the final years of Brunel’s Broad Gauge railway come and see STEAM’s special exhibition Changing Trains – The Journey from Broad Gauge to Narrow Gauge, open from 16th July.