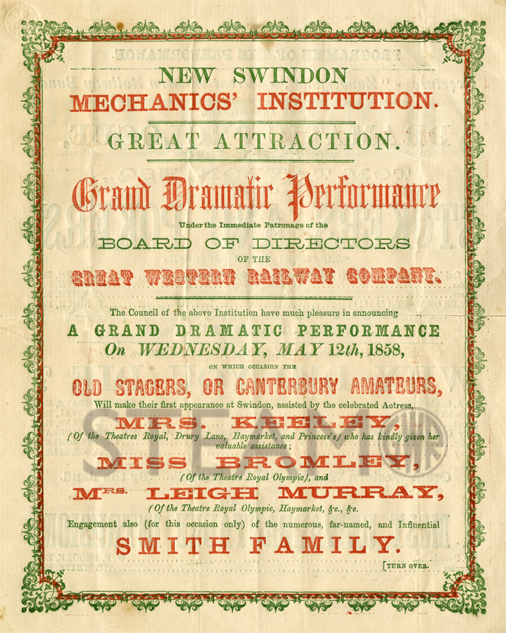 July’s Object of the Month is a poster from our collection, which advertises a Grand Dramatic Performance that took place at Swindon Mechanics’ Institution in 1858.  The poster features in our new exhibition Work, Rest and Play, which explores the social life of Swindon Works employees.

Swindon’s Mechanics’ Institute was the hub of leisure and educational activity for Works employees.  The Institution was set up in 1844, initially as a lending library based in a room in the Works.  Soon after the Institute began to organise events such as concerts and quickly outgrew its space in the workshops.  In 1854 the construction of a purpose built Mechanics’ Institution building began.

The new gothic styled building housed a library and reading rooms, a large theatre, coffee lounge and games rooms.  Plays, concerts, fashion shows and exhibitions were held at the Institute.  Numerous GWR associated clubs and societies also used the building as the base for their activities.  A covered market at one end of the building sold fresh produce to residents of the Railway Village. 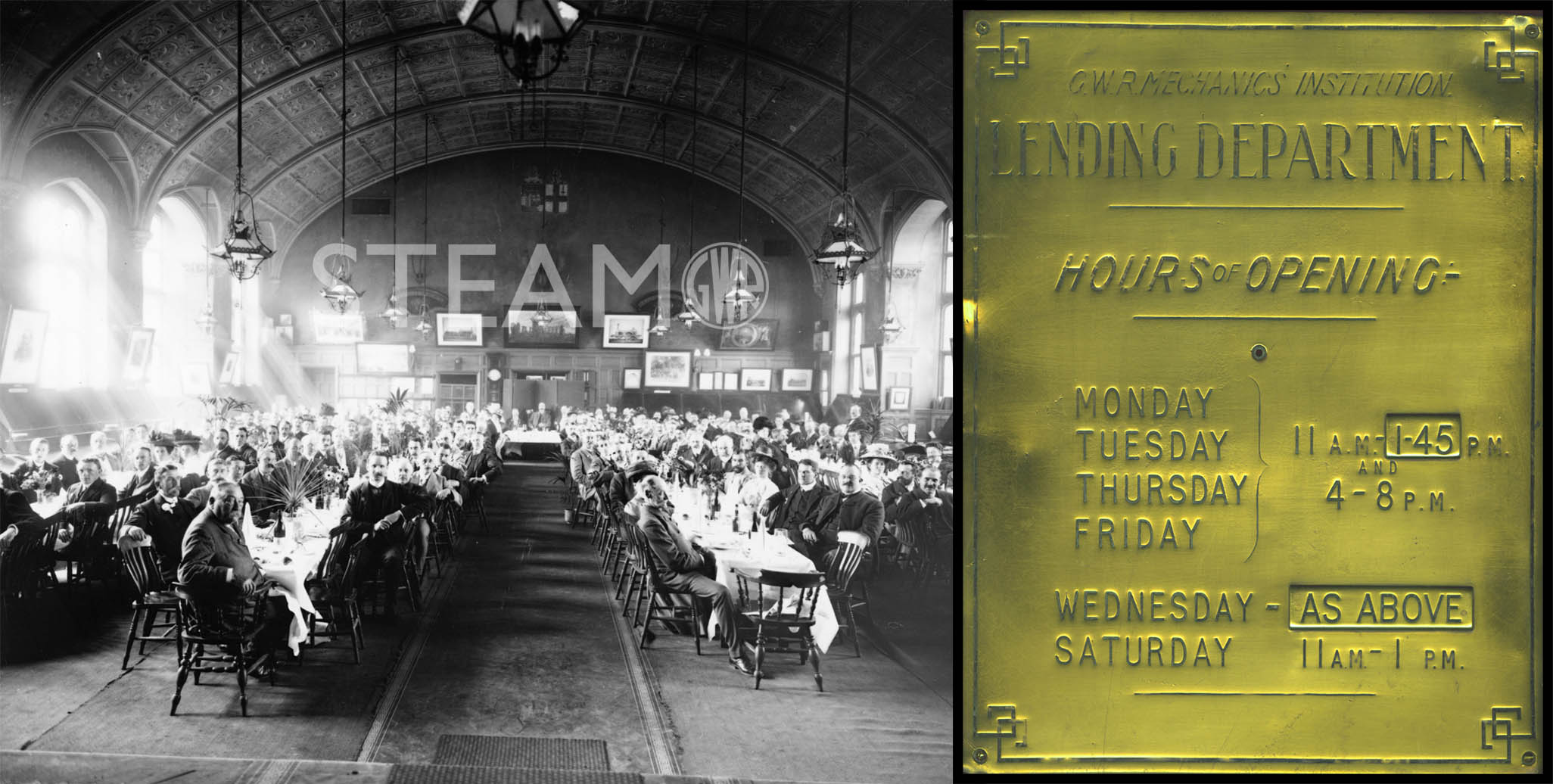 To find out more about the homes and leisure activities provided for GWR employees in Swindon, come and see STEAM’s new exhibition Work, Rest and Play – Life Outside Swindon Works, which opens on 24th July 2021. 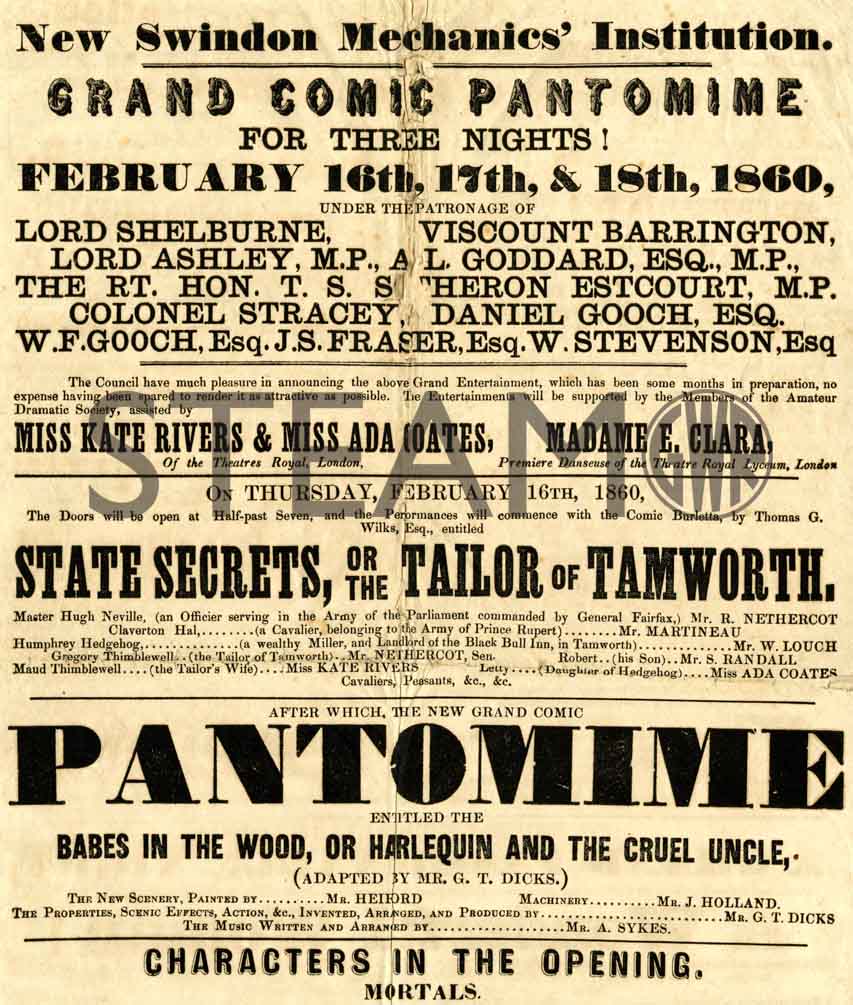