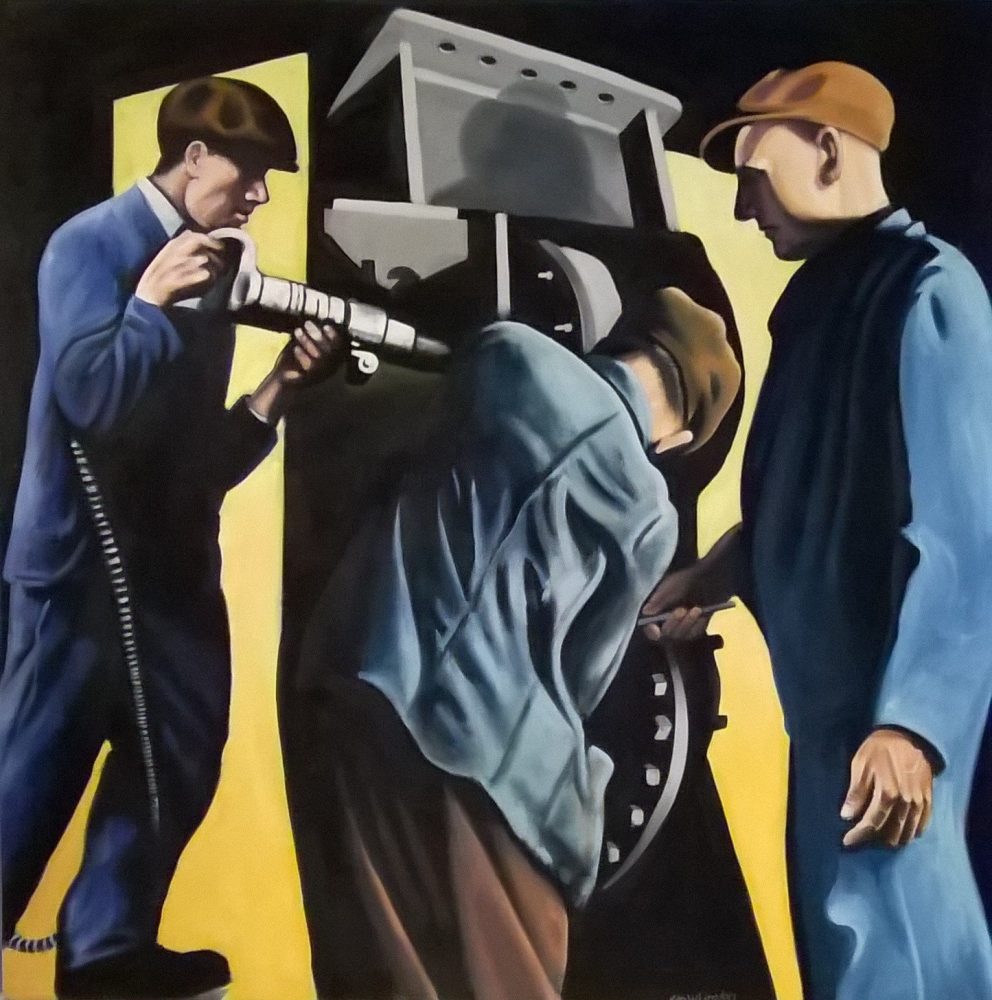 This January, STEAM Museum has launched a new exhibition, which celebrates the railway through modern art. ‘The Art of Industry’ combines artworks from Swindon Museum and Art Gallery and STEAM Museum, and looks at how artists captured the dynamism and transformation of industry in the 20th Century.

The exhibition includes works by Swindon-born artist Ken White, who began his working life at the GWR factory. White was initially employed as a rivet hotter, before transferring to the signwriting department, where his enthusiasm for creativity led to a career change.

White is now internationally known for his paintings, murals and work with Virgin boss Richard Branson.  However, he has never forgotten his roots as a Swindon-born railway worker. Many of his paintings are about the lives of working men and industrial landscapes.

Riveters is from the Swindon Collection, and is inspired by White’s early days in the riveting department. The dynamic composition shows three figures from different angles, carrying out different tasks. An intense atmosphere is created by a strong contrast between light and dark, and the shadows cast on the faces of the workers suggest deep concentration on the tasks at hand.

‘The Art of Industry’ is on show at STEAM Museum until July 2022, as part of the ‘Art on Tour’ programme from Swindon Museum and Art Gallery. It is free to view without a paid ticket to STEAM Museum.

For information about the accompanying talks programme, visit ‘The Art of Industry’ event page.