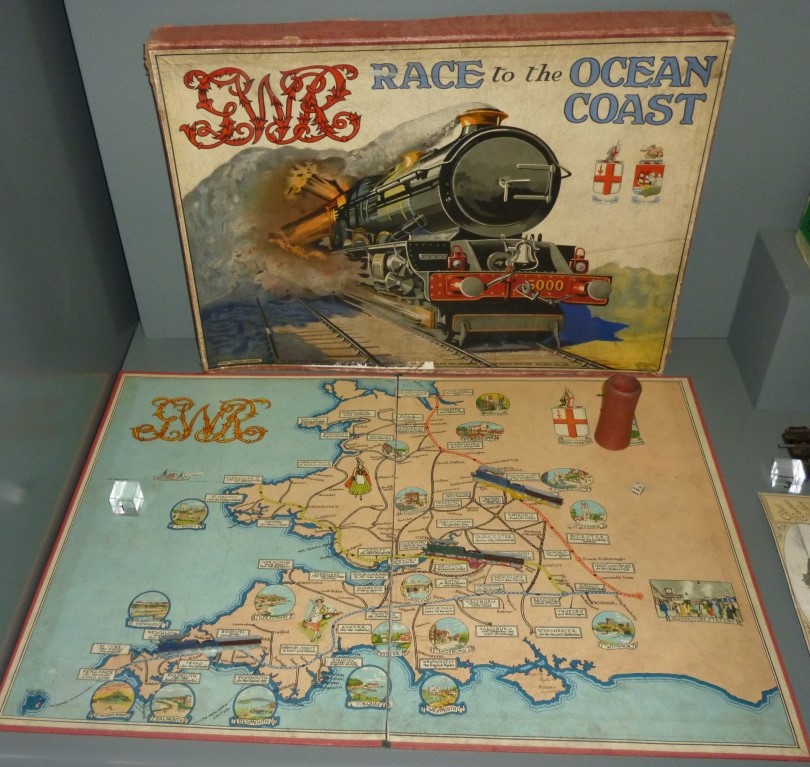 Race to the Ocean Coast

With Christmas being the time that we get our board games out to play with family, December’s Object of the Month looks at the GWR board game, Race to the Ocean Coast. 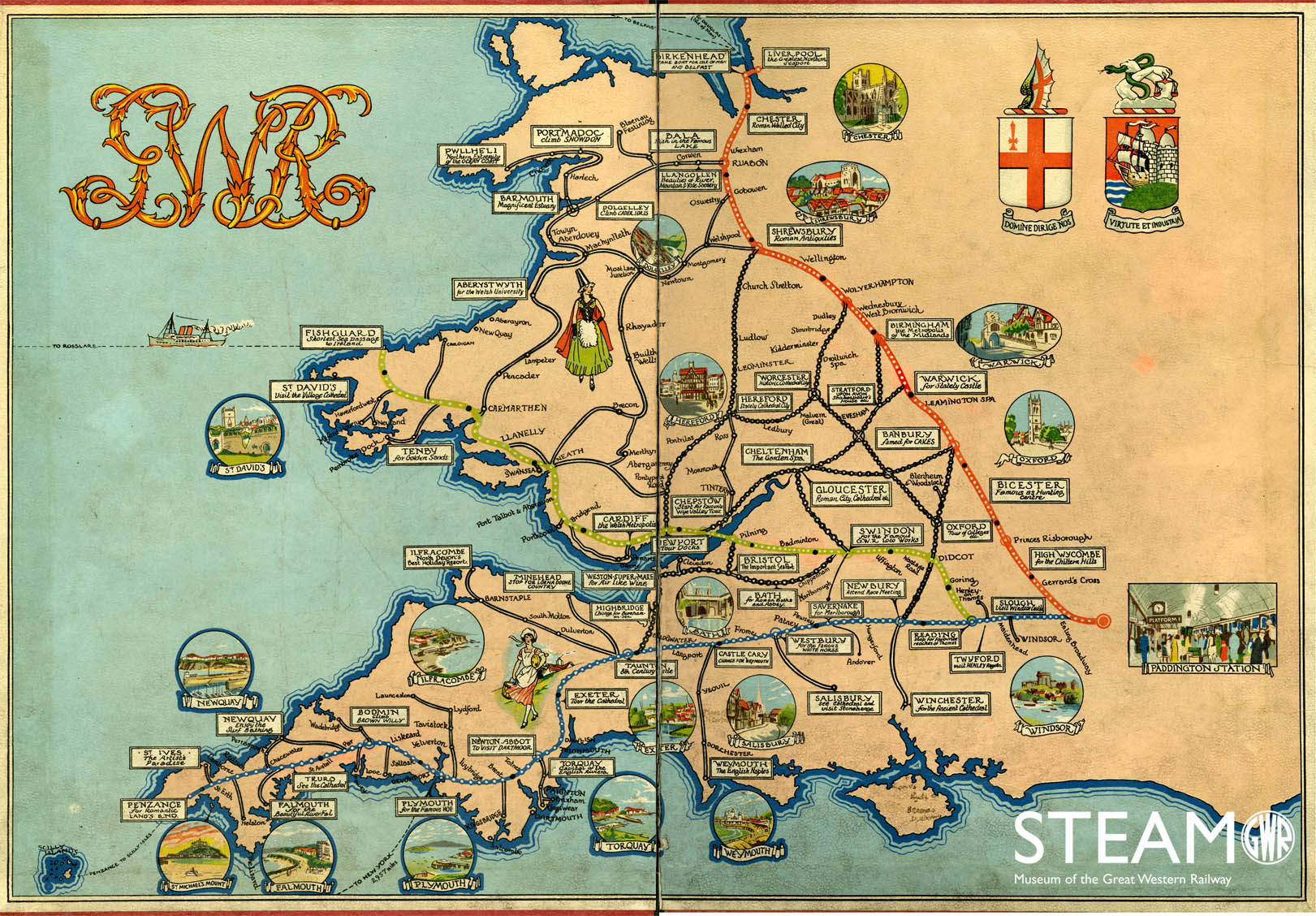 While Monopoly apparently remains the most popular board game in the UK, there was a time when the GWR tried to break into the board game market. In 1930 they released a children’s board game called Race to the Ocean Coast. The game came in a brightly coloured box featuring a stylised image of King George V locomotive steaming at speed. The aim of the game was for players to race across a board printed with the network map, starting at Paddington and trying to be the first to reach the coast.

Race to the Ocean Coast was produced by The Chad Valley Company who also made many of the GWR’s popular jigsaw puzzles. It sold for 2/6. However, despite it being advertised in the GWR’s Holiday Haunts book and the GWR magazine, sales of the game did not go well and only 5,500 sets were bought.  So, by 1932 the game was discontinued. 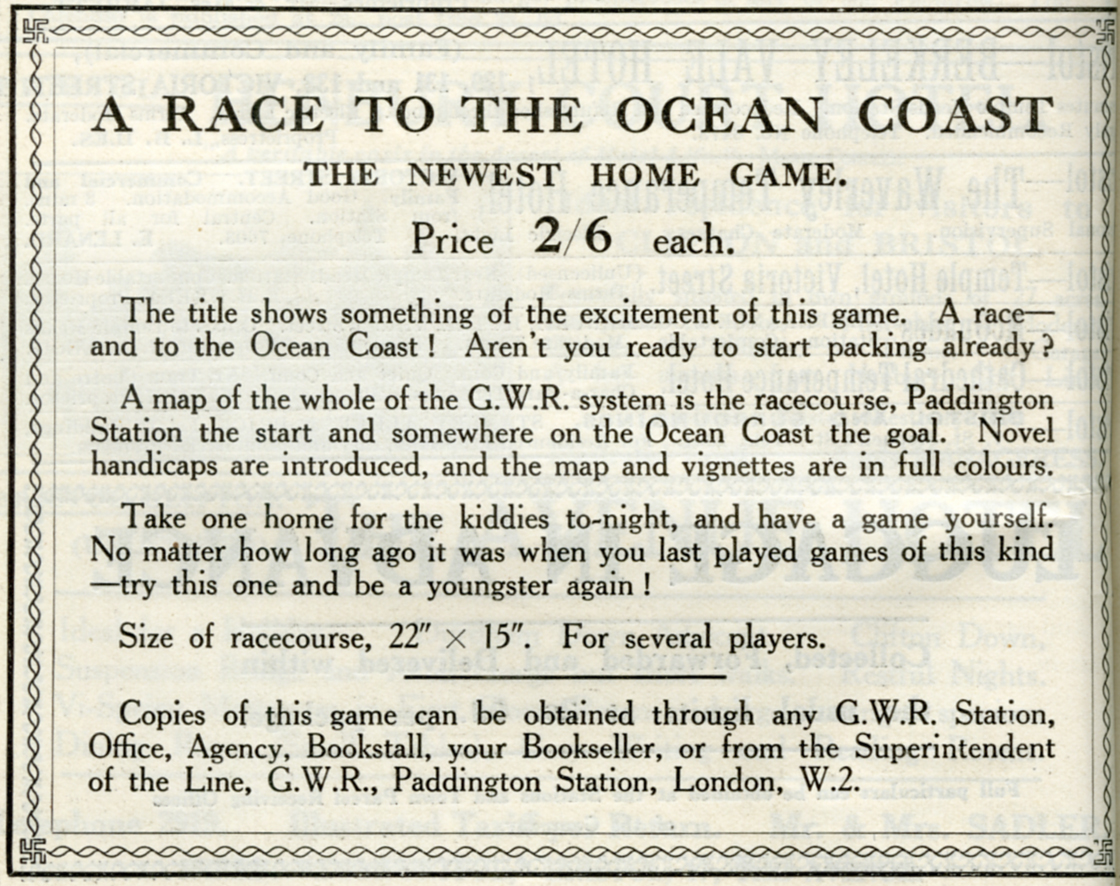 We are lucky enough to have one of these games in the collection at STEAM and it can be seen on display in the Speed to the West area of the museum.