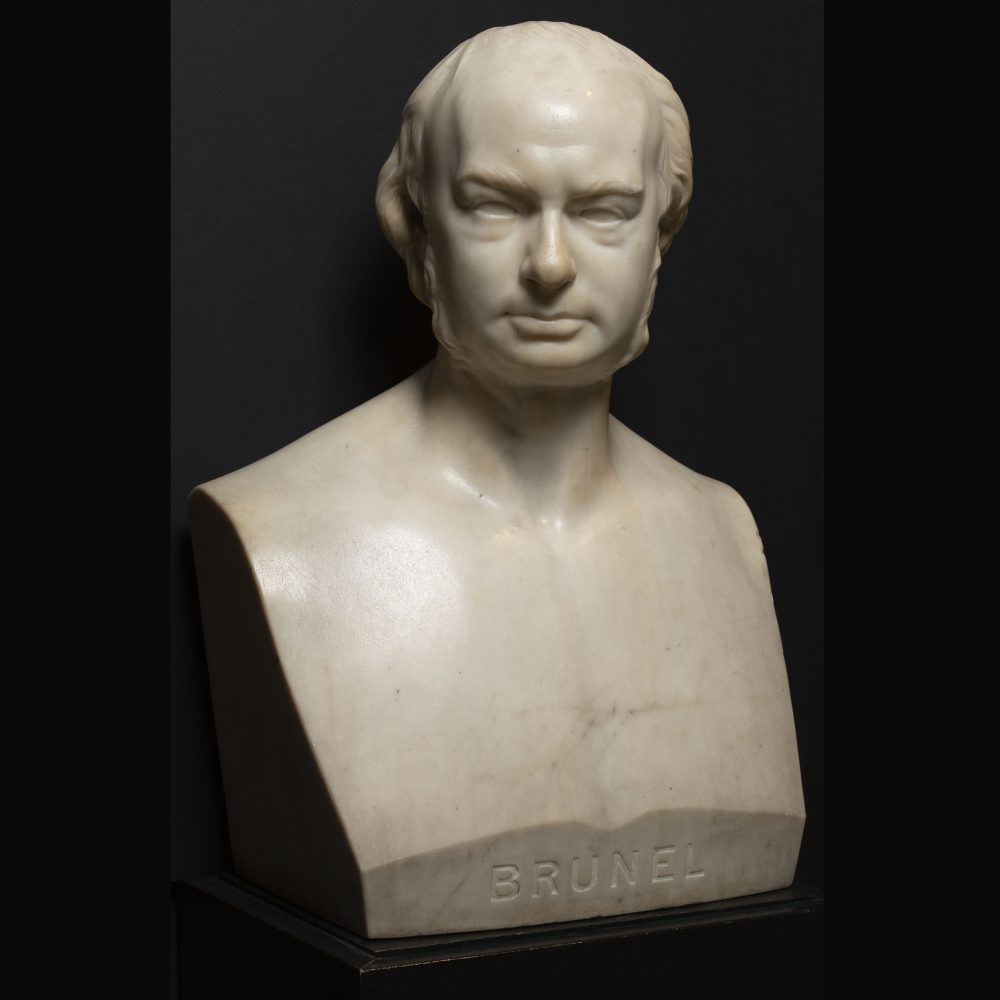 February’s Object of the Month looks at two marble busts that are on display in the exhibition galleries at STEAM.  The portrait busts depict the original engineers of the GWR, Isambard Kingdom Brunel and Sir Daniel Gooch.

They are the work of celebrated sculptor Edward W Wyon and were created in 1862.  Wyon exhibited his works every year at the Royal Academy between 1831 until 1876.  These busts were exhibited along with Wyon’s sculptures of other notable people of the day, including another famous railway engineer, George Stephenson.

It is probable that at some point during their history these busts were a feature in the boardrooms of the GWR.

The busts of Brunel and Gooch, along with other works of art in the STEAM collection, are featured on the Art UK website https://artuk.org/discover/artworks/search/venue:steam-museum-of-the-great-western-railway-3199-2052885

These busts are part of the National Collection.