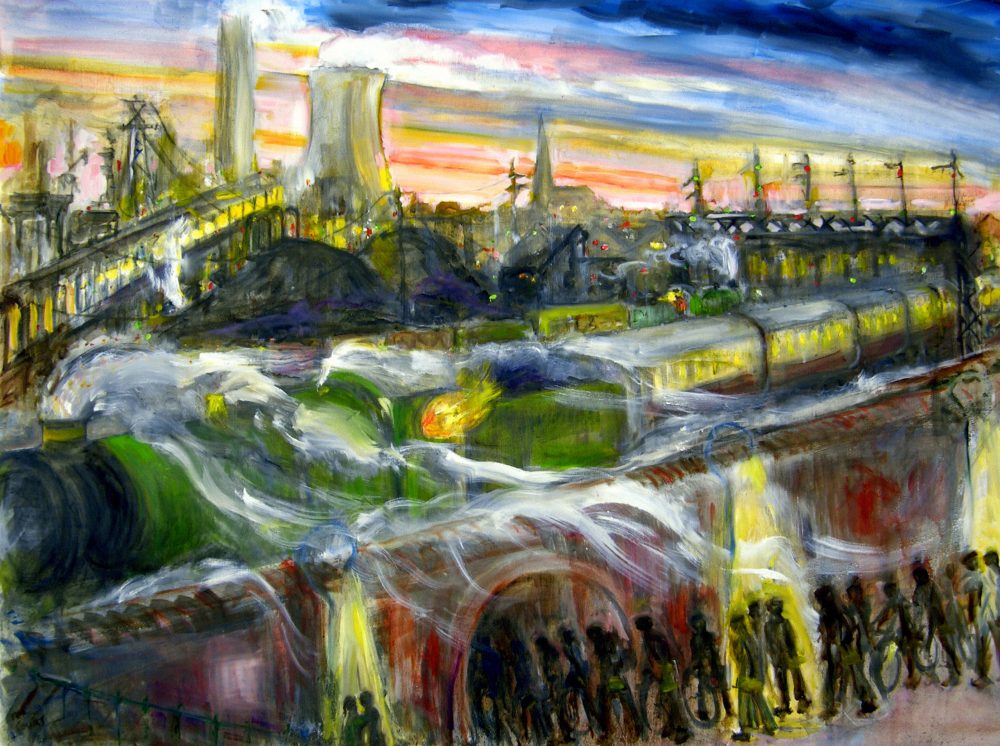 The focus of March’s Object of the Month is this vibrant oil painting by Terry Court.  The painting is titled Railway Town and it is an impressionist portrayal of views from around Swindon.

At the front of the painting men are seen entering the GWR Works site through the famous tunnel entrance, some of them pushing their bikes.  A Great Western express train hurtles though the centre of the picture with smoke billowing from its chimney and fire blazing from the cab.  Coal heaps and signals further illustrate Swindon’s identity as a railway town.  The dramatic scene is completed with various Swindon landmarks towards the back of the painting, including St Marks Church and Moredon Power Station.

Terry Court was Arts Officer for Thamesdown from 1974 – 1993.  In this painting he portrays his memories of growing up as the son of a railwayman in Swindon.  He subsequently donated the painting to STEAM’s collections.  Railway Town is displayed in the entrance gallery at the museum