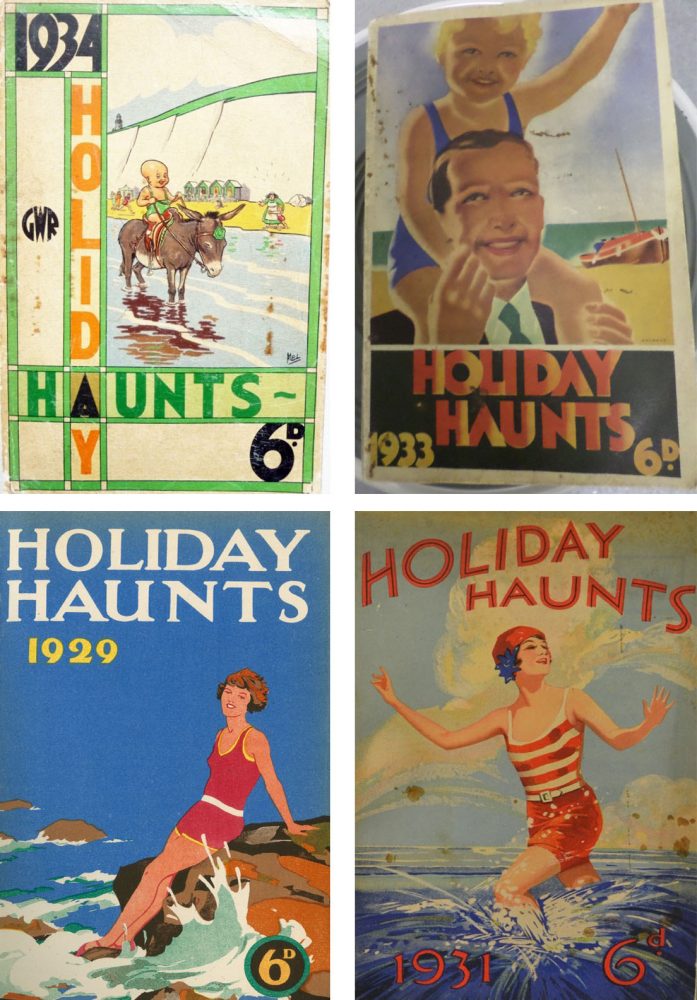 As our thoughts begin to turn to holidays, May’s Object of the Month looks at the long-standing series of Holiday Haunts guidebooks produced by the GWR.

Holiday Haunts were sold by the GWR to publicise the beautiful locations to be found along their railway network.  The idea being that by advertising places to visit, holidaymakers would travel to them by train.  The concept for Holiday Haunts was formed in 1894 when an independent publisher produced a book for the GWR giving information about destinations along its route.  The book was given the long-winded title Great Western Railway: Seaside Farmhouses, Country Lodgings, Boarding Houses and Hotels.  It was so successful that in 1906 the GWR’s Advertising Department began to produce its own popular Holiday Haunts publications.  These went on to sell in their millions.

Holiday Haunts included useful information about accommodation, golf clubs and adverts from local business.  A complimentary bookmark was also included with the book.  The front cover artwork evolved from the plain text only cover in 1906 to stylised artwork from the 1920s onwards, produced by well-known graphic designers in order to appeal to a modern audience.

The GWR produced its popular holiday guide for over 40 years until 1947, when the shadow of the Second World War and the looming prospect of Nationalisation were amongst the reasons that the Holiday Haunts series came to an end.

Would you like to purchase a framed print or canvas of the images above? Browse our photographic archive at www.steampicturegifts.co.uk. You can also license images online.

We are delighted to open be welcoming visitors back to STEAM – Museum of the Great Western Railway!

Please visit our website and pre-book your tickets online (including STEAM Season Ticket holders). You will also find lots of useful information to help you plan your visit.