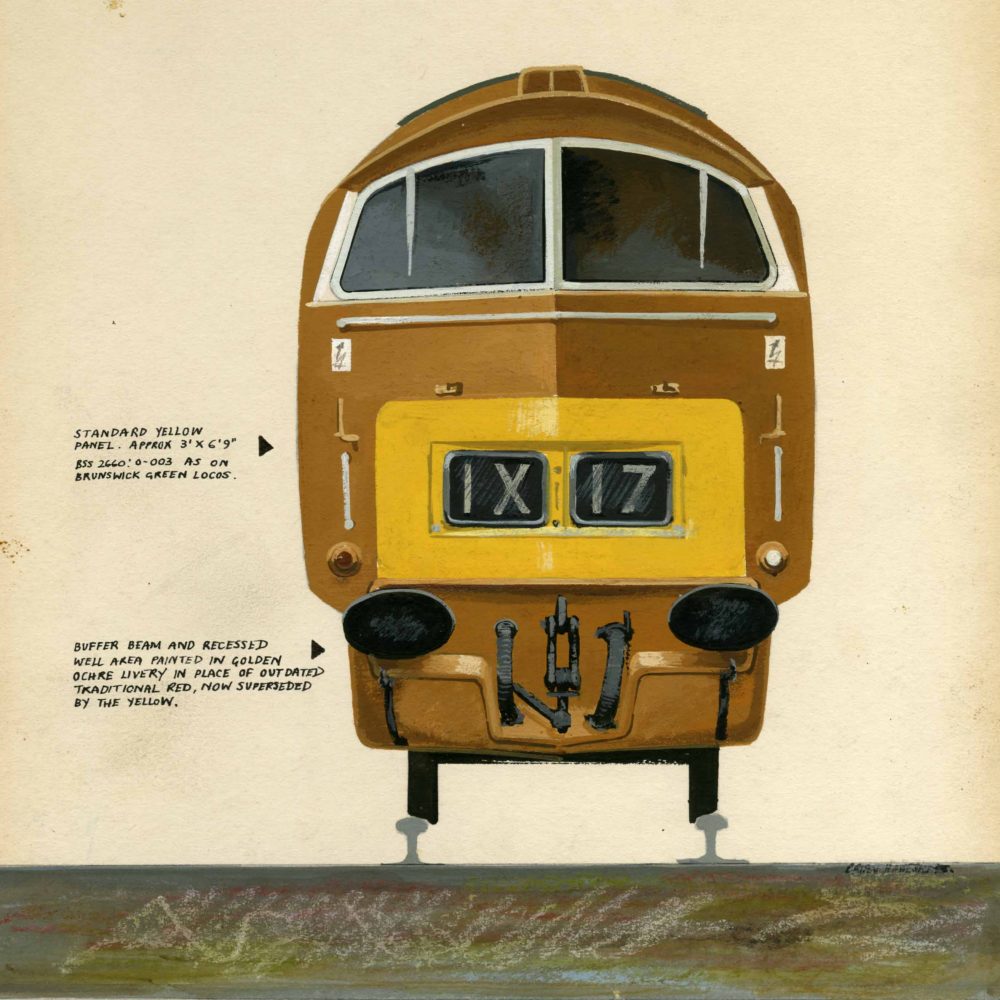 April’s Object of the Month takes a look at a unique item from STEAM’s Archive Collection, an original drawing of an experimental colour scheme for a Class 52 Western locomotive, dating from 1963.

Like all railway companies, British Railways experimented with colours for its locomotives.  During the 1960s it tested a number of different livery colours on its Class 52 Western locomotives.  The colours trialled were a light brown named Desert Sand, Maroon, Rail Blue, the traditional GWR colour Brunswick Green, and a brown/yellow called Golden Ochre.

The drawing in STEAM’s collection shows the experimental livery colour Golden Ochre.  The colour was applied to locomotive No. D1015 Western Champion at Swindon Works in 1963.  The livery included a dark bronze/green roof, white window surrounds and yellow warning panels at each end.  Western Champion was the only locomotive to be painted in Golden Ochre before the colour was rejected and discontinued.

No. D1015 Western Champion was preserved after being withdrawn from service in 1977.  During its restoration in 1985 it was given a fresh coat of Golden Ochre paint. 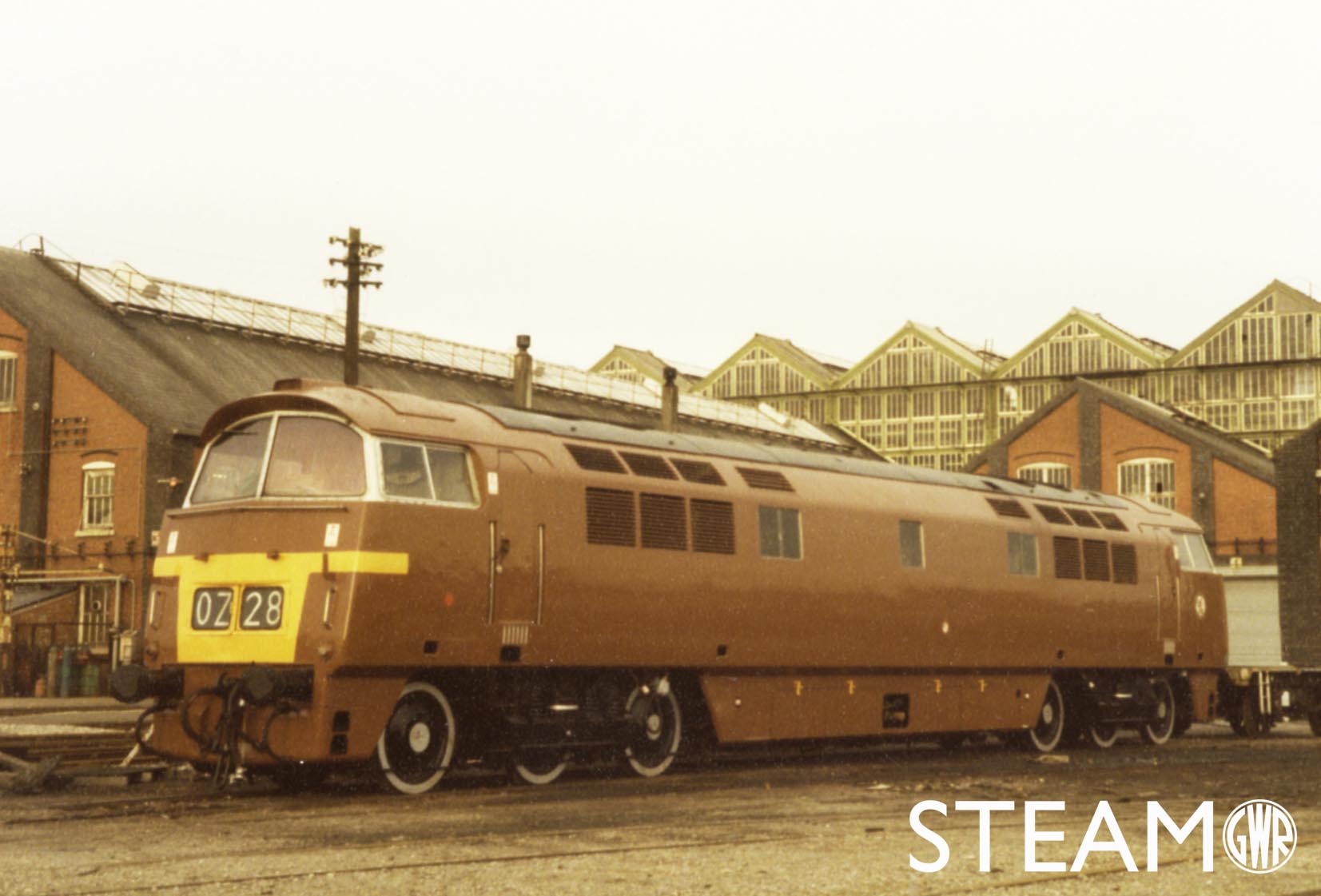 This unique livery drawing will be on display at STEAM for the very first time in our new special exhibition The Diesel Decades which will be open from Saturday 9th April.

You can also purchase a print of the livery drawing from the STEAM Picture Library website at www.steampicturelibrary.com