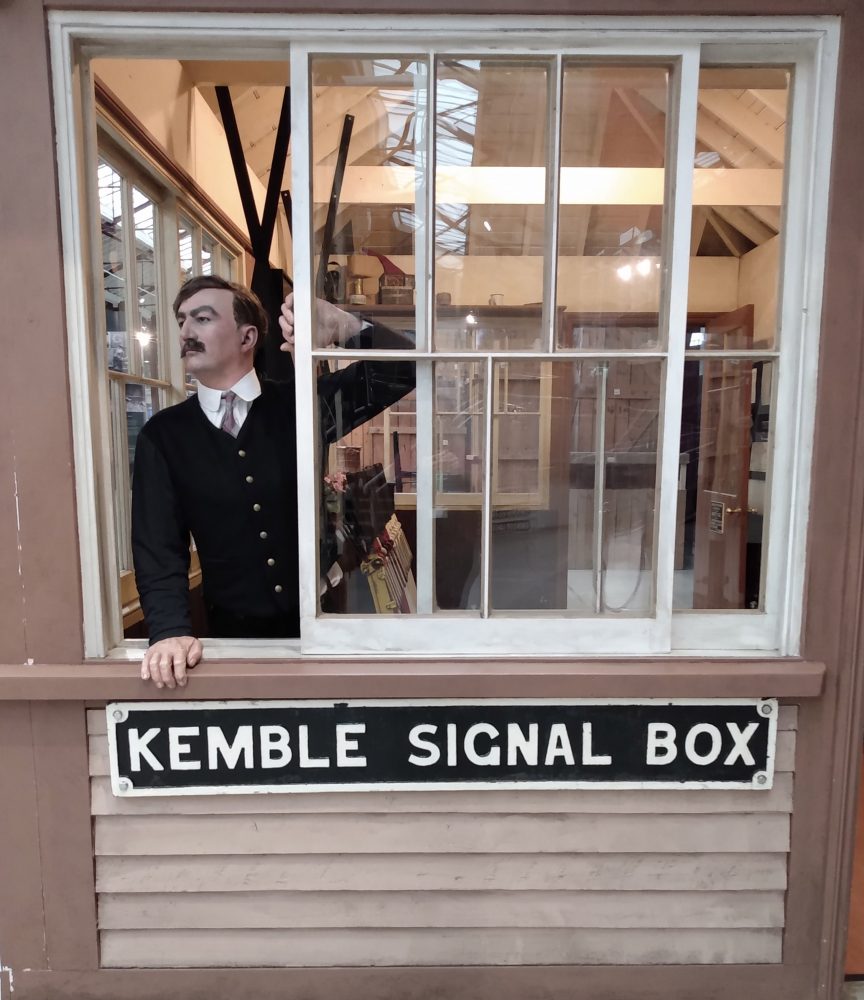 The Signal box nameplates were made from cast iron and were extremely heavy. The nameplates were painted in black with bright white lettering and fixed to the outside of a signal box to ensure that the driver of passing trains could see exactly at what point they were at on their journey.

GWR signal boxes varied in size from small country boxes with 6 or 7 signal levers up to large boxes on busy main line junctions which could have up to 200 levers to be operated in sequence. A signalman’s job was highly skilled and demanded a lot of concentration.  It could be a solitary job, especially in smaller signal boxes, with the signalman working on his own throughout the day with only the driver of the passing trains to wave to. However, the he took pride in his signal box and kept the brass work, signal levers and many windows gleaming.