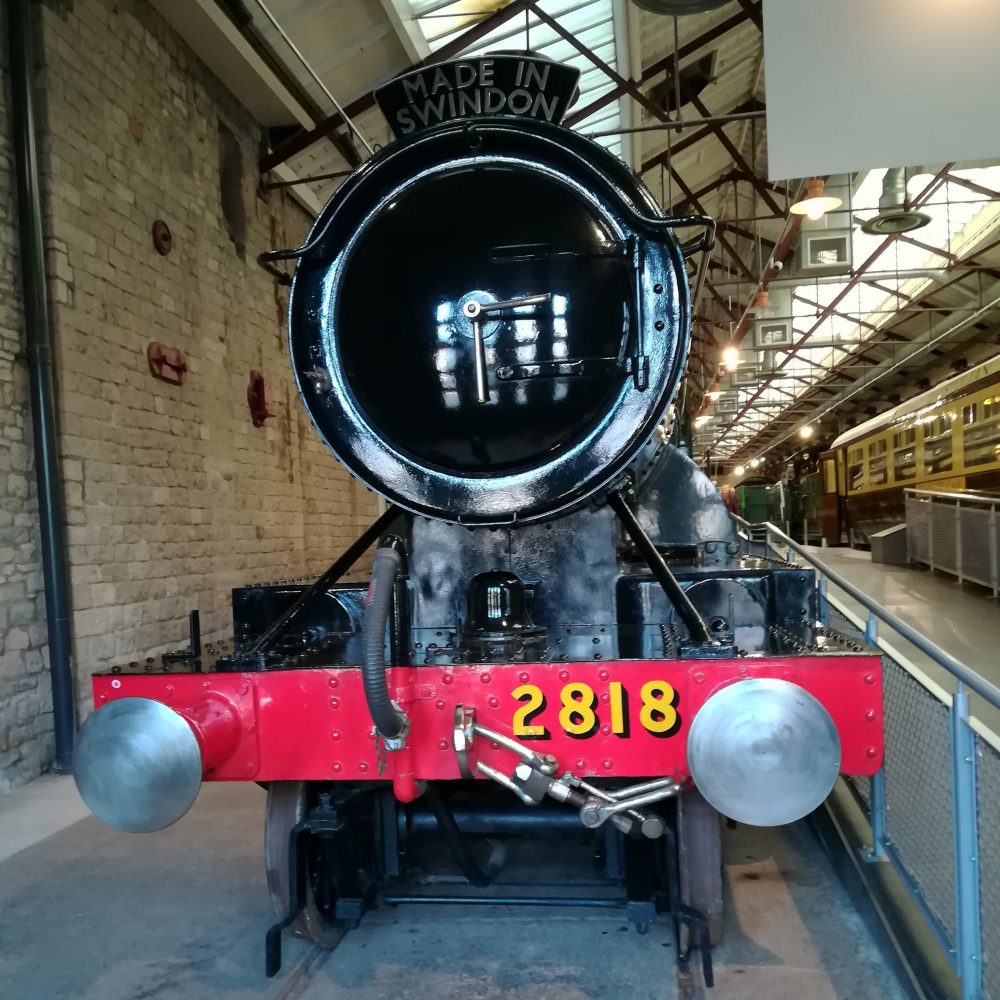 The locomotive collection includes some of the most iconic GWR engines in preservation. Most notable are No. 6000 King George V, No. 4073 Caerphilly Castle and No. 3440 City of Truro.  Also of significance are No. 2818 Churchward Heavy Freight locomotive and the skeleton of 4200 Class locomotive, No. 4248.  Engines No. 2516 Dean Goods and No. 9400 Hawksworth Pannier Tank complete the collection of standard gauge locomotives. Representing the GWR’s broad gauge history is the replica of broad gauge 2-2-2 Star Class locomotive North Star.

*On loan from the National Railway Museum.